Now
Nothing In The World Feels Better
Whole Damn Mess 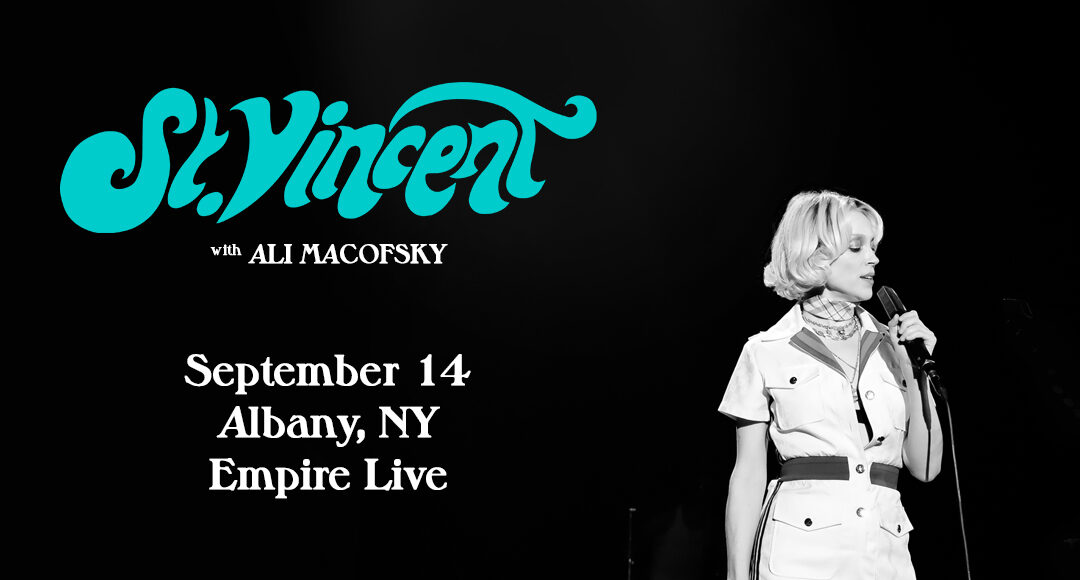 Hailed in a four-star Rolling Stone review as “a mutant strain of retro pop steeped in New York lore,” Daddy’s Home, the sixth album from Annie Clark, a/k/a St. Vincent, is the latest facet of an ever-evolving artist widely regarded as the most consistently innovative and intriguing presence in modern music. In the winter of 2019, as her 2017 masterpiece MASSEDUCTION‘s earned, St. Vincent her first GRAMMYS, her father was released from prison. She began writing the songs that would become Daddy’s Home, closing the loop on a journey that began with his incarceration in 2010, and ultimately led her back to the vinyl her dad introduced her to during her childhood. The records she has probably listened to more than any others: music made in sepia-toned downtown New York from 1971-1975 – gritty, grimy, sleazy. The first full broadcast from St. Vincent’s synthesis of this came in the form of “Pay Your Way In Pain” and “The Melting Of The Sun” – played live before a crowd for the first time during her recent return to Saturday Night Live – highlighting Clark’s ability to shred both vocally and on the debut appearance of the newest model of her signature Ernie Ball Music Man guitar. In the weeks since, the grit of 1970s vinyl would meet the grain of 1970s celluloid with “Down,” the infectious third and final offering in advance of Daddy’s Home’s May 14 elease. The reaction to the full album was immediate and ecstatic, with raves including “In an industry crowded with artists who claim singularity, there is perhaps no musician more deserving of the label than St. Vincent” (Interview), “St. Vincent’s sound is more electric than ever” (Los Angeles), “St. Vincent has gotten to the point where we can’t look away, because there’s just nobody in indie pop quite like Annie Clark” (Paste), and so many more. St. Vincent is now taking 2021’s most talked-about record on the road—don’t miss out on the invitation to spend the night with Candy Darling in the world of Daddy’s Home.