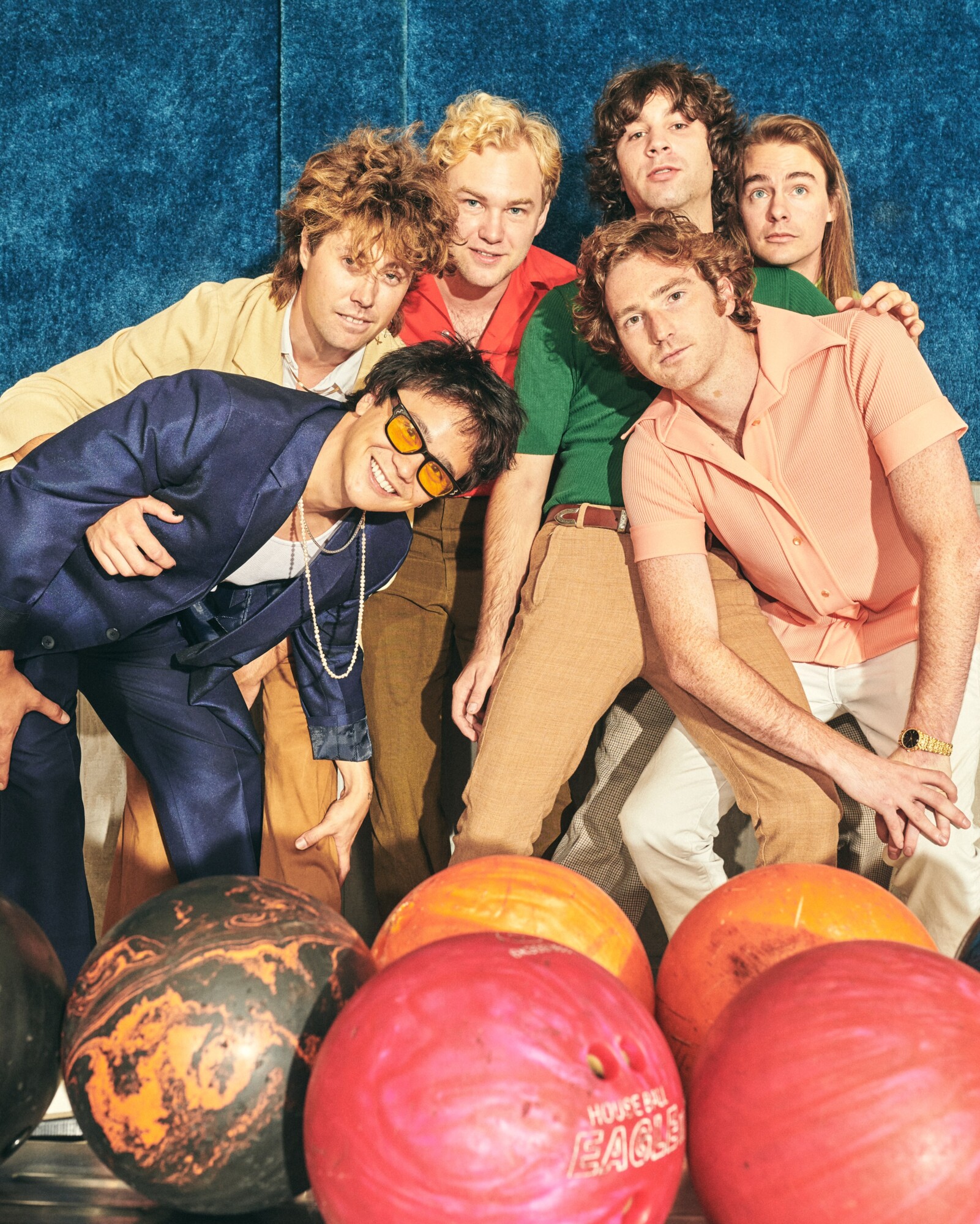 Formed in a North Carolina dormitory in 2012, The Nude Party celebrates the clanging rock of the ’60s while blending modern elements that have made them beloved by fans of all ages.

Originally an extended group of childhood friends and step-siblings who decided to start a band, The Nude Party began learning to play instruments at Appalachian State University in Boone, NC. The band is comprised of lead vocalist/guitarist Patton Magee, vocalist/lead guitarist Shaun Couture, organist/pianist Don Merrill, bass player Alec Castillo, percussionist Austin Brose, and drummer Connor Mikita. Most members also sing backup. Soon after coming together, the sextet moved into a lake house and started a nightly ritual of jamming in the basement. It was at a regular gig as the house band at a certain Boone party locale that the group’s practice of performing in the buff earned them a local reputation as “the naked party band.” They adopted the moniker The Nude Party just in time to move onto bookings at local clubs and bars, where they had to perform clothed.

They debuted with the Hot Tub EP in 2016 and followed up the their eponymous full-length debut in 2018. The Nude Party was heralded by Rolling Stone as “equal parts ‘I’m Waiting for the Man’ Velvet Underground and Exile on Main Street Stones.” The band’s sophomore full-length, Midnight Manor was released in 2020. The album was met with critical acclaim, with The Line of Best Fit saying “It’s an addictive and deeply satisfying exploration of the beauty and the pain, the agony and the ecstasy, and the rave up and the come down; all baked into the very grooves of every track on the album.”

Since their inception, The Nude Party have relocated to the Catskills in New York and watched their fan base steadily grow as their music reaches the masses. The boys busy touring the world and have performed with the likes of Jack White, The Arctic Monkeys, Greta Van Fleet among others.