Now
The Darkness That You Fear
The Chemical Brothers 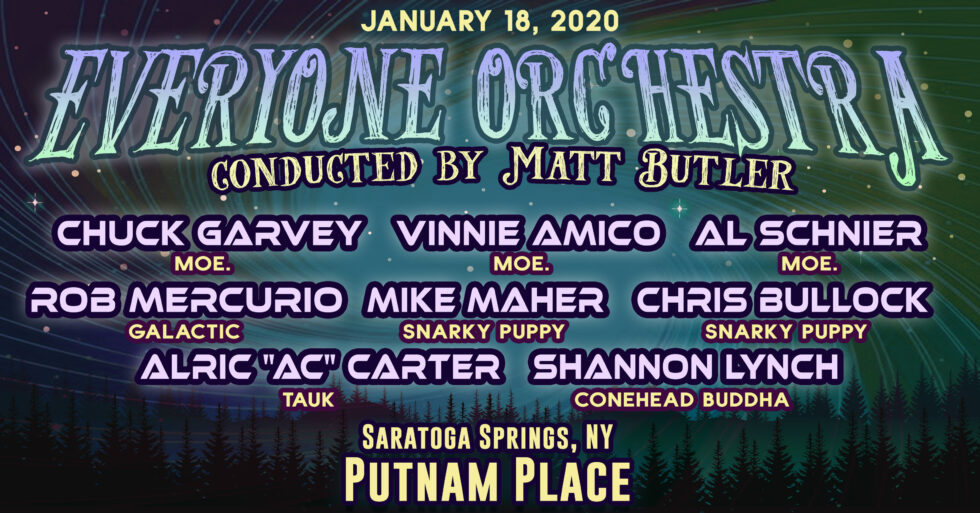 Everyone Orchestra is led and conducted by musician, multi-instrumentalist and activist Matt Butler. Butler conceived the project in 2001 after traveling the country extensively in the 1990s as the drummer and percussionist for the touring band Jambay.

Everyone Orchestra has appeared at top-level summer music festivals as well as individual shows and benefit performances around the country. Shows sometimes include live painters and performance artists alongside the musicians. Performances by Everyone Orchestra have featured members of The Grateful Dead, Phish, moe., The String Cheese Incident, The Flecktones, ALO, Tea Leaf Green, Living Colour and Dave Mathews Band among others.