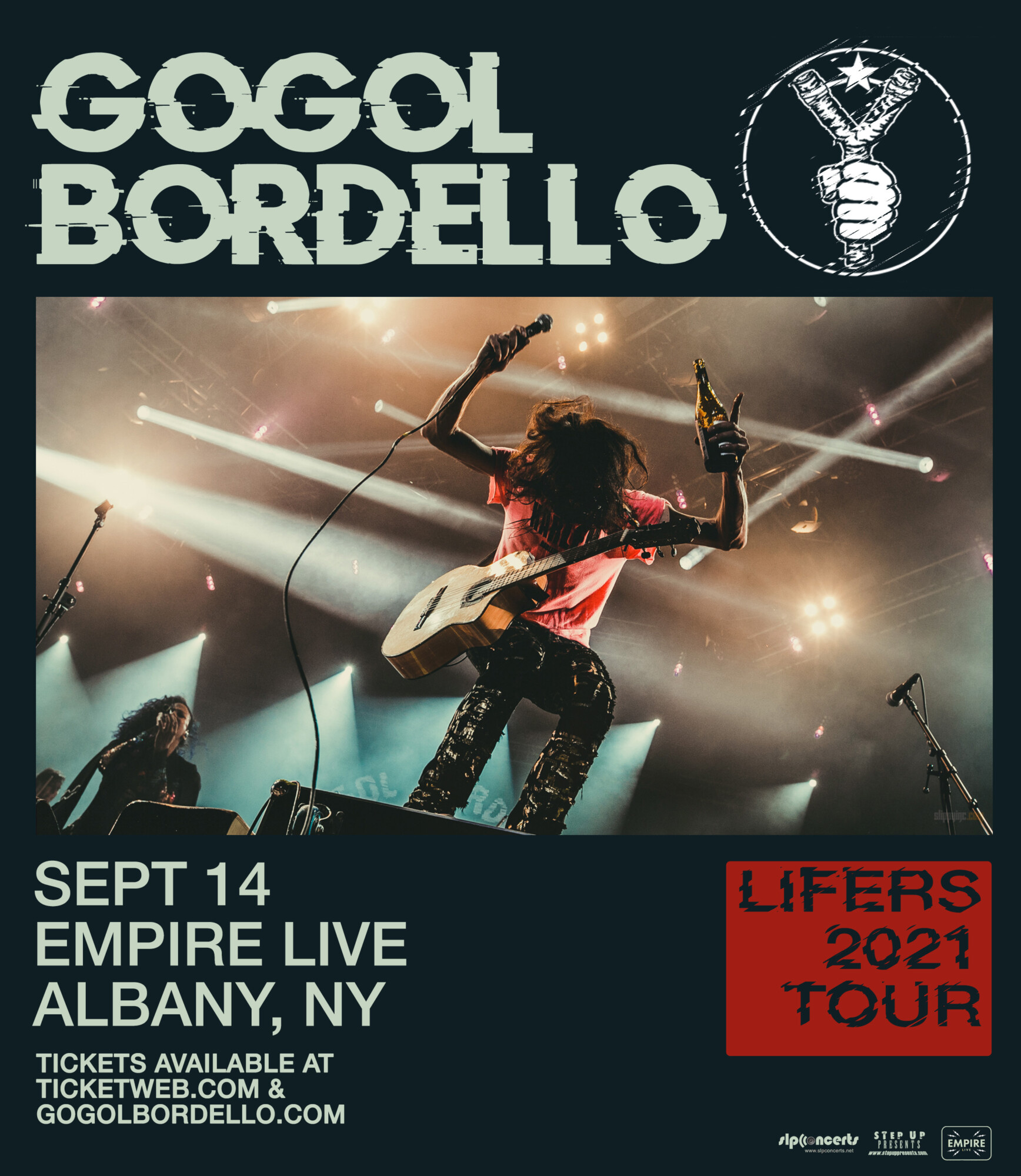 Gogol Bordello has spent over a decade electrifying audiences the world over with its internationally acclaimed gypsy-punk sound.  A touring force, the band averages 200+ shows each year in locales across the U.S., Europe, S. Africa, Russia, Australia and Japan, and has performed at prominent music festivals such as Coachella, Bonnaroo, Lollapalooza, Fuji Rock and Glastonbury.

As innovators and leaders of the Gypsy Punk genre, the group’s supercharged music is based on a gypsy two-step rhythm, and is augmented by styles picked up along the way including metal, rap, flamenco, roots reggae, Italian spaghetti, Western twang and dub.  Their music and legendary concert performances have earned the band a global following and critical praise, including from former Village Voice Chief Music Critic, Robert Christgau, who called Gogol Bordello “the world’s most visionary band.”

Frontman Eugene Hutz founded Gogol Bordello in New York City in 1999, after leaving Ukraine in the aftermath of Chernobyl.  In keeping with his vision of creating an international groove, he recruited musicians of all ages, nationalities and cultures to join the ever-evolving lineup. The band is currently recording the follow up to their last studio album, Pura Vida Conspiracy.