Dying to Believe
The Beths 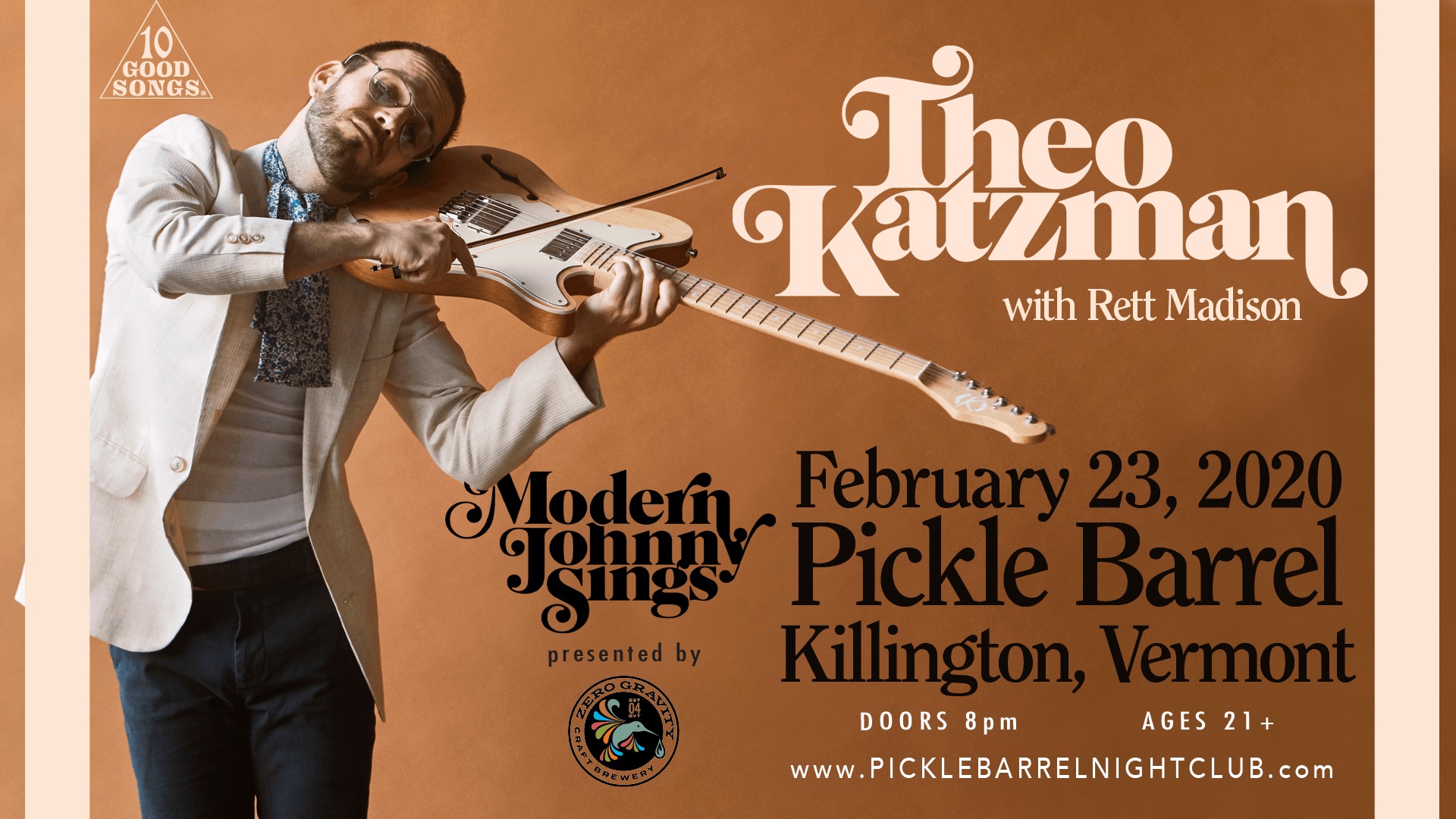 “Modern Johnny is a feeling,” says acclaimed singer-songwriter/multi-instrumentalist Theo Katzman in regards to his forthcoming self-release Modern Johnny Sings: Songs in the Age of Vibe, due out in early 2020. “It’s closer to Vonnegut’s Kilgore Trout than Bowie’s Ziggy Stardust — Modern Johnny represents the journey, the quest, the plight of the singer-songwriter trying to make it in today’s music world.”Known for his rock-and-roll inspired solo albums, as well as his contributions to internet funk sensation Vulfpeck, Katzman has had this feeling bubbling in the recesses of his mind for some time now, weaving its way through his songwriting process and onto his recordings. The feeling itself is multi-dimensional: it’s a subtle sarcasm, but not at the expense of sincerity; criticism, but not at the expense of joy; character, but not at the expense of vulnerability.Modern Johnny is not an alter-ego per se, but he and Katzman do have some striking similarities. Both were born in the mid-‘80s, forming their musical identities from the rubble of ‘90s rock radio, the remains of their parents’ record collections, a handful of ‘Greatest Hits’ compilations on Compact Disc, and several hard drives’ worth of miscredited MP3s from Napster. Both arrived in Los Angeles in the mid 2010’s with a “songs-can-change-the-world” attitude, fully expecting to join the Eagles. Both find themselves stumbling through the free market in the age of social, the age of streaming…the Age of Vibe.The year is 2020. Billy Joel hasn’t released an album in over two and a half decades, Stevie Wonder is ranked 230th on Spotify, and Paul McCartney’s most popular song is “FourFiveSeconds.” It’s hard to know what to make of all of this… and Modern Johnny isn’t necessarily what the kids are asking for. He’s too heart to be hip, too hip to be pop, too pop to be rock, and too rock to be art.TOUGH SITCH.But no matter the zeitgeist, both Theo Katzman and Modern Johnny forge ahead the only way they know how: in pursuit of messy, honest, exuberant human emotion through popular song. The result is Modern Johnny Sings: Songs in the Age of Vibe.